In the middle of the 19th century, the paragon of American femininity took form in the "steel-engraving lady". She was a fragile, polite and dainty lady who remained constantly dependent on the strength, intelligence, and general superiority of her husband. Her days were confined to the constraints of her home as she cleaned, cooked, and entertained guests. Physically, "the steel-engraving lady was marked by her pale skin with blushed cheeks, small frame, with corseted waist, oval, or heart shaped face, with small lips, and tiny delicate hands and feet." ¹

Preceding the start of the Civil War in 1861, this ideal female figure that swept the entire nation was  characteristically small, pale, thin, and almost sickly-looking. A popular objective for women of this era was to simulate the appearance of someone diagnosed with Tuberculosis, a contagious and fatal illness commonly known as the 'wasting disease'. The disease was accompanied by an unnatural thinness that many women of that age found very appealing and strived to attain. Although the disease itself was merciless, gruesome, and terminal, operas, novels, and other means of societal expression of the time romanticized the condition. 2 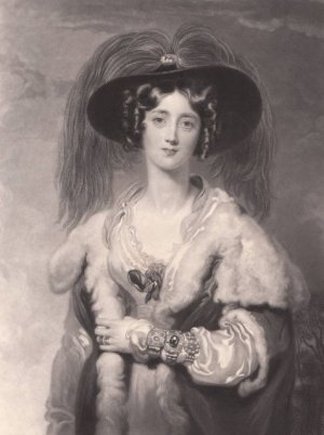 3
The "steel-engraving lady" was an ideal generally accepted as and known to be the True Woman. The origin of her name stems from a 19th century printing technique that was used in making magazine illustrations called the "steel-engraving" technique. She came to acquire this name as the notion of this True Woman transformed from an abstract idea to concrete, visual print on the pages of popular women's magazines. One magazine in particular, Ladies Magazine of 1828, helped spur large popularity of this new facet of beauty. The term steel-engraving-lady referred to “both the lithograph process  by which she was created and to the element of moral rectitude in her character." 4